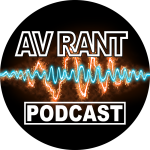 This week, we thank Tyler and William for their donations, Kris I. for mentioning us to Aperion Audio and Accessories4Less when he bought products from them, and Jeremy P. for letting Herb know he heard about Cross-Spectrum Labs on AV Rant. Keep your ears peeled for Tom’s SVS Prime and Ultra speaker reviews next week or the week after.

In the news, Antoine on Twitter was first to give us the heads up about Vizio’s new 2016 P-Series with Dolby Vision and HDR10 (within 90 days). Also announced are new Vizio M-Series and E-Series displays. SVS has updated their SVS Customer Bill of Rights. And Amazon used GitHub to release an official project to build an Echo (Alexa) using a Raspberry Pi 2.

Jonathan F. mentioned And Vinyly, a company that will press your ashes into vinyl records after you die. Bill offers more ideas for Wesley’s Volume Mystery, although switching to 2-channel output seems to be providing a usable workaround. Mark says drop ceiling tiles stuck directly onto a drywall ceiling make excellent ceiling cable camouflage. And Karl R. found a test from the BBC asking: Can Sound Change the Taste of Chocolate?

Brock R. gets our input on how many Atmos ceiling speakers he should add and where he should put them. Scott B. gets the scoop on Tom’s current plans for written reviews. And Tom K. gets a definitive answer in the battle of waffles vs. pancakes vs. French toast.

Kris I. asks whether Audyssey is a benefit or a detriment for background music in a large, open space. Felipe has a failing B&K amplifier, and we recommend the Monoprice Monolith 7 or the Outlaw Audio Model 7700 as replacement options. Felipe also wants to replace his Center speaker, and our top recommendations to match his other PSB speakers are the Paradigm Monitor Center 3 v.7, RBH Sound MC-616C, or the pricey PSB Imagine C3. And for deaing with Felipe’s 9,000 cubic feet of air, we point him towards HSU Research, Power Sound Audio, and Rythmik Audio as the output per dollar value champs.

Abby Savage is using a self-powered Center speaker that seems to be picking up RF interference from her Xbox 360. We discuss options and explain a little bit about how ferrite cores work. Josh Z. wonders why the calibration test tones from a setup disc measure lower than 75dB on his SPL meter. And Adriano M. gets our input on using curtains as acoustic absorption.

Jeremy P. is starting Porter Edwards HiFi to sell “boutique” hand-made speakers and subwoofers, so we offer him some business advice. Nelson A. wants subwoofers that can go “subsonic”, so our top recommendation is to go large and sealed from Power Sound Audio. Infinite Gary gets our suggestion for an HDMI switch, and our thoughts on those new Vizio P-Series monitors vs. LG’s OLEDs. And Tim B. is most likely in need of a new Audyssey microphone, so we suggest some resources, and a potential low tech fix.